I'm selling very useful, "How To Draw Manga" books! Please have a look at them at my journal!~

I am desperately seeking Card Captor Sakura (R1 DVD) vol11 - vol18 If anyone has them for sale or possibly a trade, let me know.

If anyone has a US release Clow Staff or any of the Sailor Moon wands/staffs I might take that off your hands as well. Let me see a picture and tell me your price.

I currently have Harajuku Goods on ebay now!!! Get them while they last once I sale out Im sold out! Very great price and acurate shipping cost world wide!!! Deals on shipping!
Currently have:
....3 graffiti bags
...music is my home girl shirt size M
...Watercolor LAMB folder
...Candy Lanyard
...Candy heart tote !!
...nothing under 15 $!!

CLICK HERE TO GO TO LJ PAGE AND HIS HARAJUKU AUCTIONS!

In case you missed my earlier post from this week, here are my auctions that are ending tomorrow: 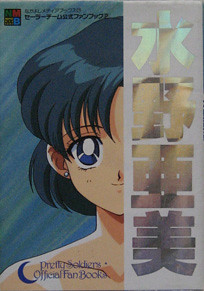 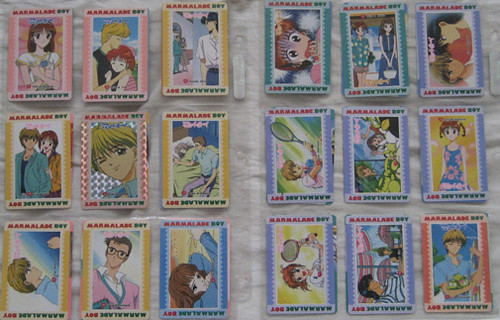 
No bids yet and starting price is $8. Please give these items a new home and bid! :) Thanks for looking. :D

Mint condition, with all original packaging, only had for about a month.  Comes with AC Charger and 2 stylus.  No dead pixels, no scratches at all (only used for Phoenix Wright).  Adult owned, non-smoking home.  US made, not import.

$100 including shipping in the US!  International buyers inquire within.  Pics upon request.

Under the cut are various CDs, a Shoxx magazine, a selection of manga and one Sex Pot ReVeNGe knit cardigan that I'm allowing myself to part with since I'm desperate for money. Currently I can only accept concealed cash in GBP or postal orders (UK buyers only).

Shipping costs are provided, although I can combine shipping costs if more than one item is purchased. Either post a comment in this entry or email me at: cassis.xx@googlemail.com if you are interested in purchasing. If you have any questions it would be best to email me so I can reply quicker.

Some of the photos of the magazine make the print quality look bad, this isn't the case - it's just my camera. >__>;

I'm not accepting trades unless anybody has one of these Death Note full-size cosplay books that they are willing to part with, and it would be worth the value of £8.50 if in perfect quality (although that is debatable). I'm only after a full size 10.5 inches X 7.5 inches version, not the smaller versions that come with necklaces and such.

I've still got lots of game, manga, and anime goodies up for sale! Some of the items include:

Reading Material: Game guides (including Wild Arms 2 and Legend of Legaia), regular and yaoi manga, many back issues of Animerica and Animerica Extra

Many prices have been decreased, and I am always willing to negotiate on prices, so if you see something you want but don't think the price is fair, feel free to make an offer!

I will be adding new items to almost every section sometime next week, so be sure to keep an eye out! ^_^

Hi, I was wondering if anyone had a copy of Another Report which is a little booklet that was released with a special edition of Kingdom Hearts II Final Mix. ;O

muffintopdoujin. So yeah, let me know! ;)

This means that if you buy one letter set or memo set, you get one free (of equal or lesser value)!  You get to pick. Just let me know which ones you would like! This applies to everything in the Letter Sets/Letter Sheets and Memo Pads/Loose Memo Sheets sections only. You will not be charged shipping for the free item(s), but shipping for the other items will be charged and combined (if applicable).

Hi people!
I finally had time to arrange the new flyers up for sale! This time, i'll be selling lots of flyers from bands such as Alice 9, An cafe, Nightmare, Kra, Moi dix mois and especially Gazette! Also, i've included more jrock items for sale~
Please visit:
(TO FLYERS)
(TO JROCK ITEMS)

Selling a bunch of stuff~ All under this cut!


Is anyone interested in buying a L'Arc~en~Ciel Smile Tour Poster Book? I bought it from Japan, and it cost me about $80 excluding shipping. The book is missing the metal chain that is used to hang the plastic frame and it's missing three sheets due to tape damage. I'm looking to get as much as I can excluding shipping for the book. If you're interested, please leave a comment with your offer. The book will be heavy and shipping costs will be calculated based on your location and total weight.


*Shipping cost will be based type of shipping and weight of package. I will not be held responsible for missing items once they go to the post office. If you're paying via PayPal, there will be a PayPal fee included. At this time, I can only accept PayPal.*
http://cgi.ebay.com/ws/eBayISAPI.dll?ViewItem&ih=004&sspagename=STRK%3AMESE%3AIT&viewitem=&item=140104806267&rd=1&rd=1

(I am using another person's photo, but this is the one that I am selling.)
I've had this sitting in my drawer for years, in mint condition.  I pulled out the tab a few minutes earlier, and the batteries are still working.
This is the authentic, BANDAI version 1 that came out in Japan in 2004.  They are hard to find!
It fully functioning and in perfect condition.  I guarantee it!
http://cgi.ebay.com/ws/eBayISAPI.dll?ViewItem&ih=004&sspagename=STRK%3AMESE%3AIT&viewitem=&item=140104806267&rd=1&rd=1

Hi everybody !
Jrock items for sale !

ONLY serious buyers !
Please, if you're interested email me (wynnie20@hotmail.com) or leave a comment with:
- the item you're interested
- your email adress
- your country (for the sending fees)

As soon as possible, i'll send you a message with the total cost to confirm your order.
Any question, leave comment or email me. (you can combine shipping fees)
Thanks !

A few days ago I was searching for Kodocha stuff when I found someone selling all the mangas (1-10) for $50 as a "buy now." I was foolish and decided to wait because I didn't know it was rare. Then someone else bought it. =( I was sooo mad!!! Then I did my research and found out that it's hard to find them.
I still want to read them, so I wanted to know if anyone has any kodocha mangas.
I also want to read the Little Butterfly mangas, so if anyone has them, i'd like to know.

Is anyone selling Kodocha or Little Butterfly mangas?

contact me via e-mail or just by commenting here.
e-mail: gabbyhugsxoxo@aol.com

Okay first off, I've got a question about my gf's Full Metal Alchemist Disc 7. This thing is absolutely SPOTLESS, SCRATCHLESS, and I tried cleaning it anyway. For some reason my computer nor my PS2 will recognize it, but I tried disc 8 and it works fine. All of her discs are region 1 releases, officials. I'm just wondering if anyone knew why it wouldn't read the disc at all? All of them were stored in their cases in the exact same spot until I opened it today. However, she had opened and viewed all of them herself before letting me borrow them. I just find it odd that that is the only disc out of all 13 and the movies that seems not to work.

Also, I just tried it on my mom's DVD player, and it worked fine.

Any ideas why it only works on DVD players when all the other discs work on my PC (which plays all regions) and my PS2 (which plays region 1)?

My Ebay Feedback
I have several copies of Aural Vampire and Sins Of The Flesh CDs for sale on my lj!! Please go and look at it!

I probably won't be able to restock them, so get them soon! It's cheaper to order them from me right now than HMV!

There is also a omnibus CD that has an unreleased Aural Vampire song on it and tracks by BAAL and Despair!!

Selling 17 D.Gray-Man Doujinshi's & 10 Gundam Seed/Destiny Doujinshi's.
All of them are brand new and not opened. Most prices are between $6~12.

All of them are just bought and brand new. They have not been used.

Huge update!!! Over 150 new items!
The ordering period is almost over so don't miss out!