I have lots and lots of Japanese stuff!  From Manga to Lolita stuffs.  Please come a visit my eBay shop! ( Just click the emblem above ) Don't Have An eBay account but want to Buy? Email me! I can send you a PayPal invoice for Buy It Now items, so you can buy the items without eBay.

FREE MEDIA MAIL SHIPPING ALL MANGA & MAGAZINES!!!
( US buyers only )

We will also be selling the following, which should be up this week:

Be sure to check out the NEWS - SUMMERTIME photos as one was added from last time in the group section.

We also do requests. If there is a particular photo you're looking for that is no longer sold in the shop, place a request. We'll do our best to find it. Pricing varies, based on how much the original photo will cost us.

Special: purchase any 10 (excluding sets) and receive the 11th free! We also reduced the pricing for shipping and we're now offering free shipping for every 100 photos you purchase.

Not on etsy but see something you like? Email me at komodokat@gmail.com.
I accept direct sales through paypal.

I am selling this awesome Westwood choker/bracelet [not authentic but of excellent quality]. Brand new and only tried on. It is long enough to wear as a choker but it is also worn doubled up as a bracelet! Which looks great on. It has crystals on the front of the orb that are super sparkly. Take a look at the linked picture to see what I mean by how you can wear it as a bracelet! Would like £19/$37.10 £15/$29.30 inc postage [if you want insurance do ask!] - please take it off my hands!

How it's worn like a bracelet..
Moving sale - taking BEST OFFER on all items unless otherwise marked!

Every item is in perfect or near-perfect condition, unless otherwise noted. I PREFER to sell in sets but WILL sell manga individually, NOT anime. Paypal only unless the amount is over $20: then I will consider other options.

Shipping will be $2 for any-sized purchase up until 6 volumes of manga-- then shipping increases to $4.

I own every volume of the Rurouni Kenshin manga, which I purchased at full price, $222.60 without tax. I will sell the entire series (28 volumes) ONLY TOGETHER. I'd like to get $100, or slightly less than half what I paid, but I am willing to negotiate. Shipping would be slightly more with this item.

Oh My Goddess! manga. These books are bigger than normal manga. ( Collapse )

Individual manga:
These aren't the graphic novels; rather the individual original (English) comics. Some of these are labeled strangely. I'm just putting what's on the cover.

( Collapse )
*Items are located in Philippines
*accepts Paypal payment
*Shipping is normally send using Airmail(2 to 3 weeks) but i can ship using Surface Parcel (2 to 3 months) if preferred.

*You can view pics of the items in my journal

For more items, go to

I still have a lot of cheap series that MUST GO!!

Hey everyone. My camera busted, so I haven't been able to update for awhile. However, I decided to try cell phone pictures/crappy scans of my new stock. Ahaha. O_o Here's a quick list of what I added to the new stock page (none of the items on the new stock page are 50% off):

I apologize for the crappy images x_x

I also have the complete set of Saiyuki manga volumes 1-9 for sale, though it isn't listed on the new stock page. I haven't been able to get images of it. -.- Please remember, none of the new stock is half off. 50% OFF APPLIES TO EVERYTHING ELSE

kitsunegarisale for more items. Thanks.
The GazettE

There's a whole bunch of stuff over at

kalesales including manga (in English and Japanese), DVDs, CDs, video games, and some BJD items.

These are brooches or charms all handmade by me.
They can be worn with tops, dresses, or to decorate any bag for a new look.

Originally I made them for myself and friends, but now I'm thinking of selling them for some extra cash in the summer.

- They each measure a foot long.
- Made by my own homemade clay and painted with acrylic
- The chains are either made with metal or gold plated.
- I only have one of each design, but they can be remade if anymore people are interested.
- Other or more designs will come if there are any requests.

I have updated this post with more anime items and CDs!

Items include english manga, accessories such as jewelry and cell phone charms, student supplies, a dress that would work for petite people, JE Cds,  and misc items.

Feel free to make me an offer if you think that the prices are too high!

EDIT: YukiUmi Kabukin Nails for sale at my sales journal!

Does anyone have these for sale or know where I can buy them?

*Love Fool (the circle might be SUGAR, I'm not sure.)


Thanks
PS
Feel free to delete if not allowed. 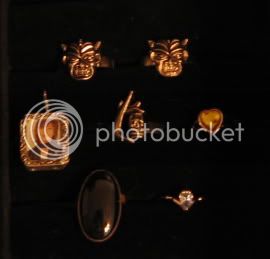 i also have clothing, video games, KATTUN magazines, and more at my journal!

If you have any questions, feel free to ask!

( Collapse )
Does anyone know where to buy this? My friend really wants to relive the memories and everywhere we look it's either ridiculously overpriced or in bad condition.

Helloooo everyone~ I decided to sell some of my stuff so I can buy a new guitar, and earn the money I spent on ordering an An Cafe photobook back.

I'm selling manga, magazines that feature An Cafe on the cover, magazine clippings & more. Please check it out~

Everything listed is in very good condition unless otherwise specified in the picture descriptions. If you want more pics, ask!

Prices are negotiable within reason and do not include shipping! I will calculate shipping based on an individual basis.

I take PayPal only. However, I will also consider reasonable trades, either full or partial!


For pictures of these items, as well as sized S-XS clothes and CDs, check out my selling post!

Also, if you've bought from me before, or if you want to check my track record with sales, my feedback post is here!

I also do art commissions! Check out my work here. If you like what you see, follow the link to my commission information! 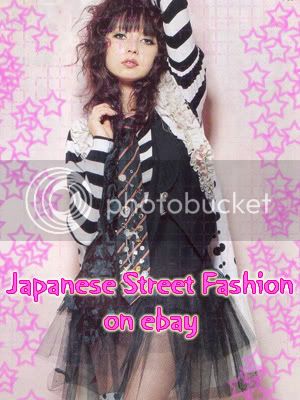 Im new here, was sent over by a good friend who's trying to help me out with cosplay. Im looking for a CardCaptor Sakura Wand or the Staff. Ebay people are trying to get over 70 bucks for the thng and am hoping someone has a used one, or who is trying to get rid of their new one for quick cash. We can talk price here. Im willing to hang around 30 bucks.

Please help me out! I have great positive feedback with Ebay, (am under princess.melfina). So please dig through your stuff^^.