Yaoi manga (rated NC17 or above, in English. Particularly like Dani and Dani, and things similar to Winter Demon and Yaoi Gothic) - originals, or fandom related (Harry Potter, Tokio Hotel, or Twilight). I'm also looking for anything Tokidoki, Japanese beauty products, anything Battle Royale, Japanese art work (Trevor Brown in particular, though looking for similar artists such as Mark Ryden...).

Also looking for Japanese stationery of the following kind - scented and coloured pens, large paper that I can send letters on (not tiny memo pads), decorated envelopes, and JOURNALS.

Am also looking for other (non Yaoi/doujin) related to any of the above fandoms. Thank you. I live in the UK
I'm looking to buy a full size little apple doll. It doesn't need to be mint or in the box.

I can pay with paypal and I am located in the US.

Selling the limited edition poster that came with my DVD. I don't hang posters anymore so there's no need for it. $14 shipped in the US. Paypal only. Poster is in perfect condition since I only unrolled it to admire it and then of course again to take the picture.

These are all in excellent conditions. Clothes and shoes have only been worn once or twice unless stated otherwise. The reason I'm selling them is because I'm moving away and can't take a lot of luggage with me ;___;. Please help me out!!

Located in London, UK but I post internationally. Payment by bank transfer (UK accounts only) or Paypal. If you are interested, please comment with your email and postal address, I will let you know the shipping rate :).

Please check them out here

Phew! Just finished sending out almost all of the previous sales, but I'm not done yet! I've got plenty more cool figures and sets to ring in the new year. Your New Year's Resolution: Collect more PVC! (I can help!)

This time around: Suikoden, Capcom characters, King of Fighters, and much more!

Check out the update here!

*prices are INCLUSIVE of shipping within the Philippines
* all items are located in the Philippines, will ship worldwide
* for international payments, paypal only (please choose Philippine Peso)
* please check out the links for more details and pictures:

I am in need of some money so that I can make it back to my dorm for my spring semester classes. As that is the case, I am willing to part with much of my dearly beloved merchandise over at

wolfram003sales. Feedback for my previous sales can be found here.

Comics // These are American-released comics of manga titles. They were later released in novel form by their respective publishers. // $5 each //
-Ceres: Celestial Legend, Sailor Moon

Video Games and DVDs //
-All video games and anime advertised originated in Japan.


If you are at all interested in something I am selling, please stop by

wolfram003sales and take a look around. Thank you.

I have little figures for sale from these series:

New year's sale!
Everything is $2 or less!
click here to go to the sale!

Just made a big update and added about 20 more items!

There are hundreds of items there and most are under $5 (:D) I have items from Kuroshitsuji, Death Note, Alice in Wonderland, Nightmare Before Christmas, Kuromi, Hello Kitty, Dir en grey, Hetalia as well as clothing and lots of rare j-rock goods and anime & manga related items. Please check it out if interested, thanks! ♥ 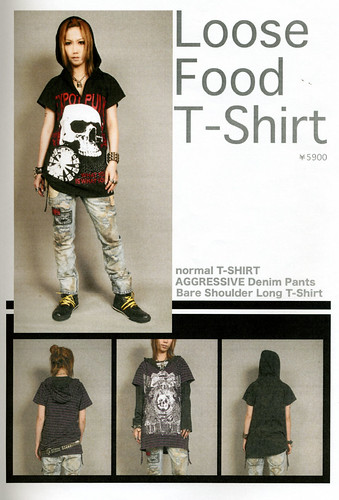