Prices are negotiable and EVERYTHING must GO!!!!
Get all your Christmas shopping done early for that special Otaku in your life, or just pick out something fun for you ;)
I will entertain any reasonable offers, so feel free to haggle, especially on large orders!
Click the pic to take a look!

I've also got 2 ebay listings for a huge Naruto lot and a PSP 3000 bundle going for cheap, so get bidding!  ;)

Everything must go!  I'm not looking for trades at the moment, but you are always free to ask.  The worst I can say is no ;)
Christmas gift wrapping available upon request!

- All prices include shipping
- I accept Paypal, money order, and concealed cash (at your own risk).
- All books are in really good condition, unread in many cases
- Pictures available upon request

If anyone is interested, please have a look at my ebay listings page:

If you have any questions, I'm more than happy to answer them ^_^

*Wanted*
I looking for the 2006 Yami no Matsuei Furoku book. If anyone can help, I'd be very grateful~!
Thank you~!

Hello everybody,
I am selling some stuff, as I need place as well as money.
Most of my items are on ebay at the moment, some of them finishing in less than one day.
EBAY LINK
Among them the following:

CD:
*Straightener - Nexus
*Straigtener - STOUT
*The Mirraz - we are the fuckin world
*The JUNEJULYAUGUST first album.
*Nana Kitade - Bondage (On my LJ page)

On my LJ, I also have some Visual Kei and J-Rock flyers to sell. (BLOOD, Dio, Heidi., Mix Speaker's,Inc., NoGod, Prototype, Versailles...)


I'm selling a lot of other Japanese accessories (non music related) on my ebay, but you can have a look as well. (SWIMMER, Paris Kids, LIZ LISA, TRALALA...)
Straps, hair accessories, shoes and clothes ! I also sell a Paris Kids Lucky bag!! 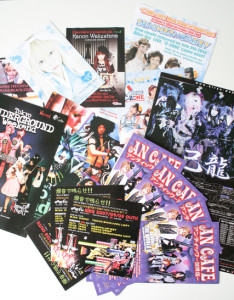 You can look at my ebay feedback here.
Have a nice day.

Just added some ready stock items recently! Really need to get rid of these soon to welcome the new year :) All prices are negotiable and most of them are brand new! There are various merchandises (mostly official goods) from Hey! Say! JUMP, NEWS, AKB48, Arashi, Sexy Zone and Emi Takei! REALLY open to negotiations since I REALLY want to get rid of this stuff ^^ Click here for more: http://clumpx3.livejournal.com/3036.html 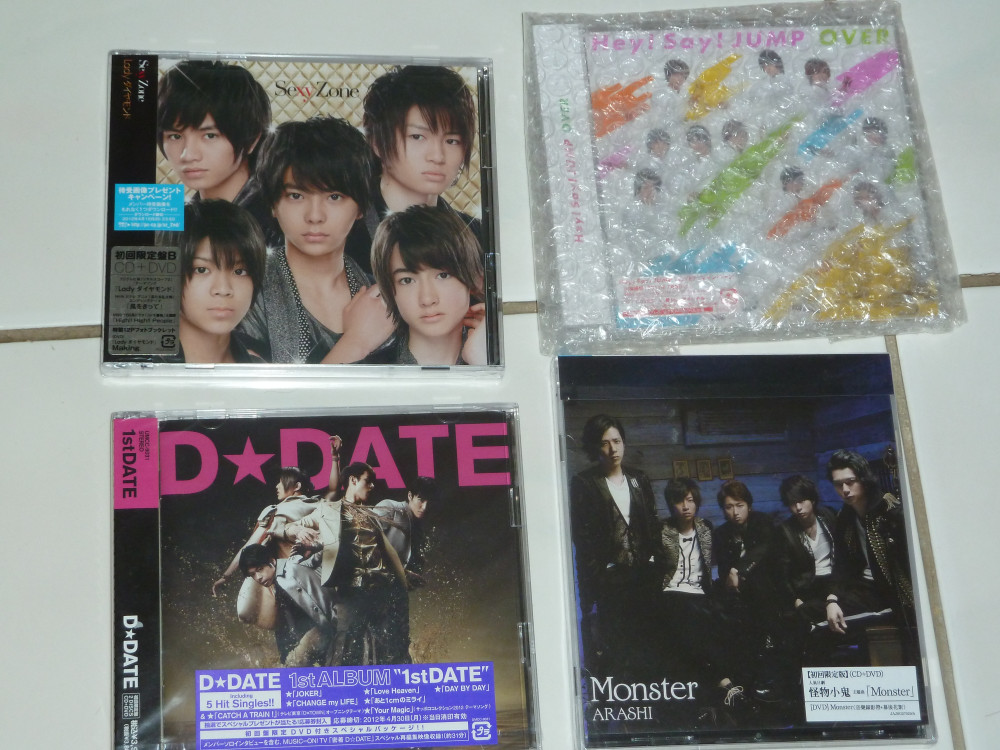 I've grown not interested in Jpop, etc. lately and found an old box with a lot of stuff in it I thought I'd sell. I don't have many prices in mind, so prices listed are just an idea-- feel free to make offers! I accept all payments through paypal, and will mail it the next day provided it isn't the weekend.

PLEASE CONTACT ME THROUGH LJ PM IF YOU WOULD LIKE TO NEGOTIATE PRICES! I DESPERATELY NEED TO PAY MY BILLS BEFORE CHRISTMAS TIME ;^;
Please, if anyone would be kind enough to give my books and other items good homes, I would be very grateful because my parents really need the space and I really don't want to trash anything :(

I am also willing to take best offers for the rest of my Persona 4 figures, the set of Guilty Crown mascot charms (including Gai and Inori, which have been opened and displayed) and anything else I have listed in any of my journals and my ecrater store, inside or outside of LJ.

I also still have: Madoka, Sayaka, megane Homura, normal Homura and Kyoko from the Colorful Mascot Charm collection for sale if anyone is interested!
How To Draw Manga Volume 28: Couple - inside is in like new condition but jacket has some tears due to the previous owner
KEI HATSUNE MIKU ILLUSTRATION WORKS [mikucolor]  - BRAND NEW
KEI'S GALLERY Garou art book - new but some minor dents in the back jacket cover from shipping


ROBOT color manga anthology vols 1, 2, and 5 - best offers for each please :( This is the Udon Entertainment version; English

At a time like this, any sale would really help :( Even if you can't buy, I'd appreciate it if you could spread the word ; ;

Thank you so much for looking!

I've decided to sell all my JPOP collection, which consists of cds/goods etc of Ayumi Hamasaki, Koda Kumi and KAT-TUN. I really can't let these go, but they take up a lot of space and I don't even use them. I could use the money for some other 'more' important things.

Starting to sell some Visual rock related items coz some customers disappeared without paying and I purchased wrongly:o


if you happen to have an interest  , please reply , send email to kairai1414 at yahoo.co.jp or contact via facebook ^^

if you want any items from Japan , please feel free to ask me ~

3.Fanclub Subscribe Deputy
~ don't you need to switch your FC agent ? ~
4.Search items
5.Sell your items in Yahoo Japan Auction or something like that.Locally produced items are welcomed.
6.Deputy shopping & shipping to your customers directly !

Latest info about my service @ Livejournal
Comments & Feedbacks @ Livejournal
if you have any questions , feel free to contact me or post here

I'm open to trades & negotiations, feel free to haggle if the price is reasonable. Shipping is free within the USA, but I do charge Paypal fees. I do ship internationally, feel free to ask for a shipping quote. Pictures are available upon request. I accept Paypal or concealed cash as payments. If you have any additional questions, feel free to ask. Thank you. ♥

Books
Black Sun Vol. 1 (Yaoi Manga) by Uki Ogasawara $12
Cafe Kichijouji De Illustrations Artbook (Has slight tear on the back of the dust jacket) $20
Newtype Japan (09/2010) FREE WITH ANY $20 PURCHASE; PLEASE INQUIRE ABOUT IT; USA ONLY SINCE IT'S HEAVY TO SHIP INTERNATIONALLY
Your Story I've Known (Yaoi Manga) by Tsuta Suzuki $10 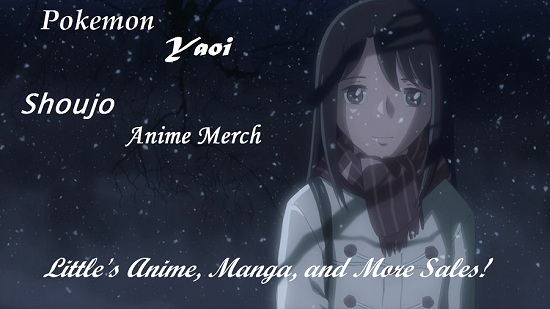