It's probably a long shot, but I'm looking for an Akihiko Sanada mini-figure from the Persona 3 & 4 mini-trading figure series (I believe it's volume two). I'd rather not buy out every online store that has the random boxes from that particular set and come up with five of the same figure. If anyone has one for sale or know where I can find one, please please please let me know, thanks! :) 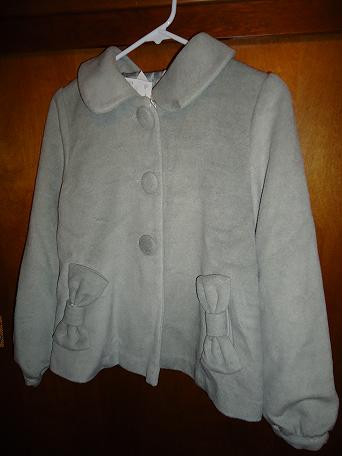 There's a small black smudge on the coat collar that was already there when I got it, but you really can't notice it much once you wear it.

It's a Japanese "free size." Message me if you want extra photos or measurements.

I am located in the United States, so shipping domestically should only cost about $10. I can ship overseas, but shipping is around $25.

I accept paypal. I also have 100% feedback on ebay!

I'm tidying my room, and I finally got all (most of?) my stuff together for a sales post :) All the details are at

Pokemon sales here - Most of the stuff here is directly from Japan! :D

I ship from Australia to worldwide. More details on shipping are available here (the main thing to note is that unfortunately Australian shipping is expensive and I have no control over that, however our gradations are 500g so any parcel between 0-500g is one price to ship, 500g-1kg is one price to ship - it becomes much more reasonable if you are buying multiple items). I have plenty of feedback on

pkmncollectors, eBay and LJ in general, all consolidated here.

I've had these unused figures for a long time, and since I'm moving out in the next few weeks, I won't be needing them and would like to give them a good home who will appreciate them more than me!
All figures were opened once to check the contents. None were displayed. All MINT condition!

Included for sale is:

VOCALOID - Kaito Support Version Figure. Postcard did not come with mine.

∀ Prices do not include shipping--will be calculated.
∀ I accept Paypal & USD cash. I will hold items for 3 days.
∀ GSJ feedback & EGL feedback